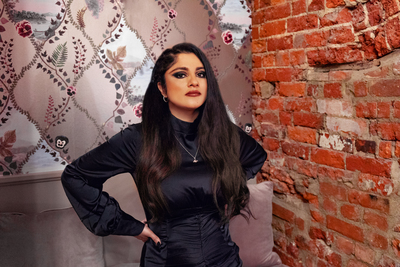 Suman is talk of the town with her new release 'Let Go'. It is a track which follows up the previous highly acclaimed release, 'Crazy Over You'.

It all gets underway with a drum fill. It is a slightly unusual opener given the number of tracks which do not follow a similar direction. However, I relish how Suman is not afraid to try something just that little bit different, and it pays off from the instant.

From the overture, Suman reaches for the mic with confidence. Furthermore, her vocal glides through the airwaves with a fearless quality. Also, a pleasant blend of harmonies arise which I can only imagine is from her producer, Ayo Beatz.

In the pre-chorus, Suman delves deep into her vocal register, and her tone is refreshing ahead of the anthemic chorus. For me, I can hear a substantial similarity to Rihanna with Suman also blending an eastern influence in her vocal style.

Musically, 'Let Go' excites for the entirety. My only pet hate is that the beat stays relatively generic for the most part, which is surprising given its brazen opening section. Nevertheless, the shape does change towards the latter with the instrumental foundation becoming more distant, which allows for Suman to leap forward to the focal position with a vocal which will knock your socks off!

Overall, 'Let Go' is the hip hop gem which I have been craving without realising. Also, not only does it sound stimulating, but it adopts a new technique which is inspiring.