Fly On, My Sweet Angel! 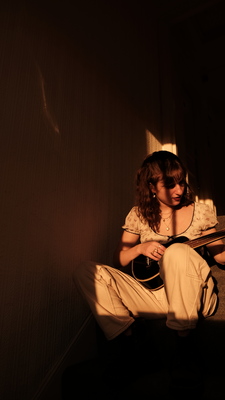 Renowned in her home city of New York for her poppy, but cutting numbers as reverence to her two key influences: Conor Oberst and Taylor Swift; young singer-songwriter Sarah Gargano has utilised a more poignant hue to commemorate the fortuitous legacy of her grandmother Erica Schwartz Spitzer.

Originally released on Sarah’s ‘My Travel Diary’ EP; ‘Murdered Angels’ has been adopted by and re-released to mark the 82nd anniversary of Kristallnacht aka Night of Broken Glass by the World Jewish Congress. What followed Kristallnacht was a series of brutal programmes against Jews at the time.

Surprisingly recorded in Nashville pre-Covid. It begins virtually silent, but in a scene-setting way like a late prog rock concept album. Then it stops off in Simon and Garfunkel fashion with an ‘Old Friends’ recounting touch courtesy of Erica before evolving into minimalist spartan territory of the kind found in Elvis Costello’s ‘Broken’ or Nick Cave’s ‘Foi Na Cruz’.

This is a thought-provoking matter-of-fact song delicately underpinned by Sarah’s slow-tempo rhythm guitar. She uses post-war lyrics referring to “tattoos as just a work of art” to reinforce the point that they had a different meaning back then. The YouTube video itself is wholly Brechtian - outlining the bare facts of Kristallnacht - and is captivating in itself.

You definitely feel thankful and relieved that, despite their plight, Erica’s family managed to catch the last boat to America.

This is a concept rare in popular music - of ‘Who Do You Think You Are?’ meeting a folk song structure. The proof is in the pudding with ‘Murdered Angels’. Both heart-rending and a welcome reflective diversion for Sarah to pay homage to her family name both in Vienna and NYC.