Spizzenergi Sleigh Them In The Aisles With Christmas Single 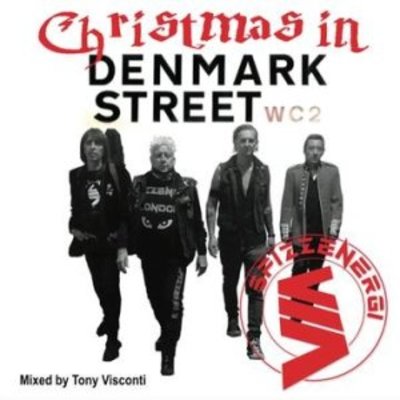 With Christmas being so up in the air this year, it seems all the more important to have a nice, warm and comfy Christmas record to turn to for a bit of comfort.

‘Christmas In Denmark Street’ is actually by the famous, infamous even, punk squad Spizzenergi, you know, the lot that brought us ‘Where’s Captain Kirk’, which as well as being a massive cult track was also the first indie singles chart number one in 1980.

While there is definitely a rebel tint to it, its lyrics being a protest against the heart being ripped out of central London by Crossrail and other soul less developments, its production harks back to a time when seasonal tunes were a fixture in the Top 40 rather than a post-ironic curio.

At least some of that must be down to legendary Bowie/T-Rex producer Tony Visconti, who loaned his mixing skills to the project, rendering it with the nostalgic sheen of a classic 1970s anthem. The results are heartwarming – as a good Christmas song should be – but none of the power of the message is dimmed as a result either. Trust me, you'll be singing along before you know it.