A Beautiful Moment Of Unity In Dark Times 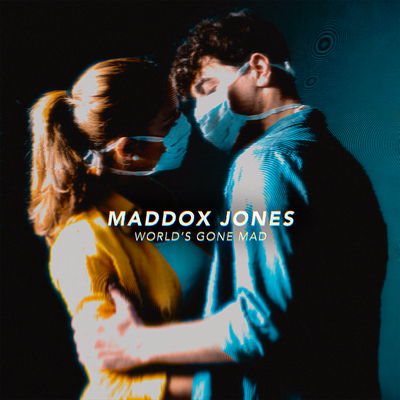 David Maddox-Jones is no "Born Stranger" to writing beautiful songs. Having been in numerous bands though out the years his style of writing has ebbed and flowed with the times.

In the mid 00's indie music was everywhere and he was flung into the deep end when his first band The Departure, although having only been together for four months, were snapped up by major players Parlophone Records in 2004 and it wasn't long before he was sharing the stage with the likes of Gang of Four, The Killers and Feeder. The music was a product of it's time, a flash of Indie Pop with a smothering 80s influences that seemed to captured the feel of the mid 2000 Indie pop boom.

As a fan of the band I've grown up with his music, the lyrical themes and musical styles have grown and matured alongside me like a fine wine. After a brief break in his career David re-emerged as one half of Born Stranger a more grounded and emotive due who's music seemed to seep from somewhere deeper and more profound. The writing evolved towards a deeper more emotional chord. It was as if David had made peace with his own venerability and matured towards documenting it. Before long I was reunited once more with his music.

The project soon evolved into it's current form with David becoming further in tune with his emotional heartbeat and opening up to battles with his own mental health on 'Headspace'. However it's this single release that really got me, living in the eternal groundhog day we've all had time, perhaps a little to much to reflect on what really matters. When the world gone to the dogs, you have to cling to those that keep you going and 'World's Gone Mad' captures that message perfectly. I can't wait to hear more for this project and feel this could be up their as his greatest work so far. Maddox has managed to lift the heart and warm your mind with this track capturing the sense of unity, community and love that might be one of the few positives to have come from living through a Pandemic. If anyone out their is feeling isolated and lost can't recommend this song enough.

A big thumbs up from me!