This Is Fate (EP) 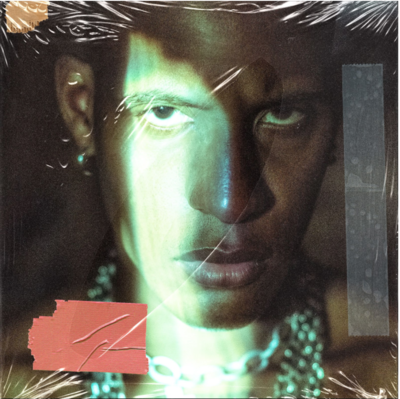 This Is Fate (EP)

Just John is a name I’m sure you’ll be hearing a lot more of in the coming year. The Canadian, Warner Music signee has recently revealed his debut EP as a solo artist, following a partnership with DJ/producer/engineer, Dom Dias.

Just John’s latest project, the This Is Fate EP, is a 3-track visual masterpiece that combines cerebral lyricism with dark, horror-like cinematography and an incredible soundtrack to boot. The first single, ‘1000 corpses’ and it’s accompanying music video were released on Halloween, ‘Black Ghost’ on Friday the 13th of November and finally, ‘Open Wound’ on November 27th. There’s an obvious theme appearing here with the chosen release dates for Just John’s singles, which only adds to the impressive amount of detail he put into the visuals and meaning behind the project.

This is Fate is a story that takes you through Just John's internal battle with his demons in a tale of transformation and rebirth. For him to reach liberation, he has to first shed layers of his past (‘1000 corpses’), ultimately being forced to lean into his shadows (‘Black Ghost’) to get to the light (‘Open Wound’). It is then that he’s further confronted with letting go and accepting the unknown in order to actualize his most authentic and empowered form.

Sonically, the EP ranges from heavy, up-tempo hip-hop beats laced with dark, dramatic bass guitars and distorted vocal arrangements, to more mellow, acoustic guitar-led tracks with a much sunnier disposition. The variation in sounds Just John curated for This Is Fate are both a show of his creativity and his versatility as an artist. His vision for the EP was executed with such precision and detail whilst remaining artistic and beautiful. This Is Fate is such a strong statement from Just John, especially as his first project as a solo artist with potential still to be reached.