Much More Than The Sum Of Its Parts 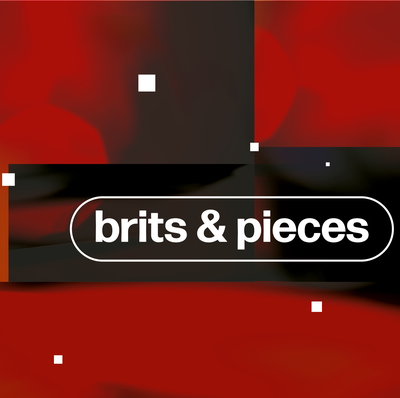 Brits and Pieces is a twitter account that has always been well worth following because of the encyclopaedic knowledge of Marc its creator. A few months ago he floated the idea of a physical CD to raise the profile of some of the great indie artists we have in the UK. Initial responses were very enthusiastic and, true to his word, he moved heaven and earth to get it going. The insistence on it being a CD was deliberate in order to recreate the heyday of Shine and similar compilations. That an individual player in the music world can put together an project like this is truly astonishing and it is a real testament to his passion and determination. So, has the music done justice to the CD’s creator. Well read on... The first Brits and Pieces compilation (because surely there will be others) starts with Otherside by Spyres which sets a high bar for the rest of the CD. It’s a guitar driven track with vocals that remind me of Siouxsie and the Banshees. It definitely gets the album off on the right foot. The Capollos Electrify is a really accomplished piece of music with Oasis style vocals married to a pure 80s synth backing. New Mode appropriately start off sounding like 90s era Depeche Mode as the track starts before settling into a slice of Britpop that blasts through the speakers with real attitude. Victim to the Culture really rocks and doesn’t outstay its welcome. Next up are Columbia with This Life which boasts some really impressive guitar work and more Oasis style vocals that reflect the era these compilation CDs really had their heyday. Theatre Royal change the tempo with Locked Together on the Lines which has a Pulp style feel with a jangly 60s chorus that I really liked. It’s definitely a track that benefits from being a bit different. Citylightz take the sixth slot on the CD with They Don’t Know Me. They already have a growing fanbase and this will only add to it. Both the music and the vocals put you in mind of the Stones strutting down Carnaby Street in their pomp before becoming a really modern feeling track without breaking stride. It’s a really confident track from an accomplished group. Monza Express remind me of Orange Juice from the 80s on their track Crying on the Radio which is lyrically superb and incredibly catchy. The Shed Project are a group I really like, and their song Lucky Number just confirms how good they are. They have a great ability to write a catchy tune and their lyrics are heartfelt and interesting. The way they inhabit the song just makes it special and it continues the run of incredibly strong tracks. Ry Byron follows with Humans, a left field song with an excellent set of lyrics and a great guitar solo that makes the song fly. Joshua Grant’s Edinburgh is a Proclaimers style love letter to my favourite city and it just took me straight back to the byways of that incredible place. It starts the second half of the album in the strongest way possible with yet another marvellous track that just shades the rest of the very strong tracks. Stanleys follow that with another catchy tune called A Better Life that has vocals that occasionally remind me of Sting in his time with the Police. Backspace are next with Letting Go a track with a funk style intro giving way to an insistent beat and a really impressive lead vocal which harks back to the days of punk and new wave. The Lutras Run and Hide is a real rock track that infuses some Tom Petty with a bit of Bryan Adams and sounds like the best of both. Kid Violet’s Lights Out is a fist of pure energy and continues the harder edged guitar sound that The Lutras had and raises it a notch. Seeing Stars by The Van Ts is a pure Britpop track that sounds like it was made in the 90s and its driving insistent beat really brings the memories of that era flooding back. Glass Violet begin Over the Moor with U2 style guitars that should sound immense when we finally get back to seeing live music. It is a really classy track that sounds like a band fully in charge of their sound. Joe Astley Anthem for the North encapsulates the sound of Manchester in one song and it is a cry of pride and love to the places that made him. The Mariners had already come on to my radar with their brilliant debut album, but this track is a jaw dropping finish to the album with a joyful recreation of Hamburg era Beatles that I had to play twice even though the title is Don’t Ask Once. I still couldn’t believe it wasn’t the Fab Four themselves! This album is class all the way through and if you want to get a feel for how much talent resides just outside of the mainstream you couldn’t do any better than this. Brits and Pieces is an absolute triumph!