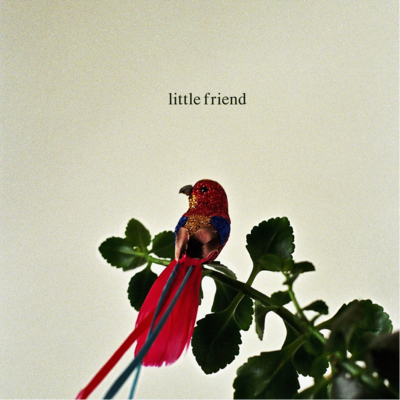 redbook are seriously, seriously, my new musical romance. Made up of Swiss-born pop lover Soraya Grosso and British guitarist Jake Tweddle, rebook (no capitals, ever) are storming the scene with the sweet sound of their progressive acoustic tracks. The duo have been on the scene for a while now, with an army of singles and EP’s behind them and are building on their massive momentum with the release of their recent single ‘little friend’. This beautifully crafted track lives somewhere between a lullaby and full-blown ballad; I would argue that ‘little friend’ is an effortless evolution of folk and gospel traditions. Tugging at the heartstrings with the use of choir-like harmonies, ‘little friend’ holds all the emotion and raw energy of an artist in their prime - and redbook is seemingly just that.

Their live performance, recorded at the Old Saxon Church (Albury), demonstrates exactly what inaugurates redbook as such a vital act rising the ranks this year. Soraya’s vocals are just outstanding, as they melt through your speakers when watching this performance. redbook are setting out to show that, yes, even through your screen real talent will have you transfixed. Jake’s effortless guitar lines supports both the choir behind Soraya and Soraya herself - a pretty impressive task when you hear the amount of performing power in that room. This rendition of ‘little friend’ is simply breath-taking as they showcase the exceptional skill the up and coming act oozes with every note. So, let redbook transport you to their world of musical bliss with this stunning version of ‘little friend’.