I Can’t Get Over Raiz’ New Single ‘Over You’ 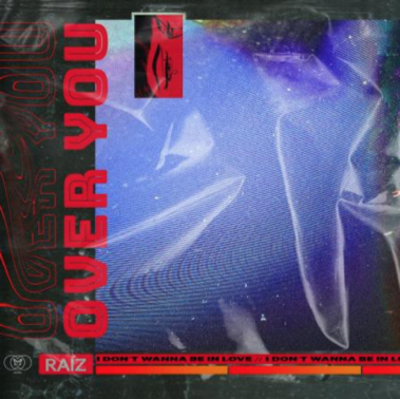 Raíz is the rising pop star radiating on playlists this year. The Swiss-born singer/songwriter is exploding onto the pop scene with his unique brand of millennial pop and edgy bangers. Utilising every second of the recent lockdowns, Raíz took advantage of the sudden free time to kick start his solo musical ventures - and boy, did he start with a bang. His debut single ‘Nightmare’ burst onto the scene with all the electricity as a musician in their prime. With over twenty seven thousand streams on that track alone, it’s safe to say that Raíz’s musical career has been well received. ‘Nightmare’ is the first track to be released from Raíz’s highly anticipated EP ‘Saudade’ - named after a Portuguese word for intense longing and melancholy. Aptly named for a body of work everyone is longing for right now.

His latest single ‘Over You’ is the second instalment from the goldmine of musical gems ‘Saudade’. Every second of ‘Over You’ is loaded with electric energy and charisma that radiates from Raíz himself. This latest track is a smooth transition from impactful thematics of ‘Nightmare,’ as the semantic fields of love and nostalgia flows seamlessly from one song to another. Rich with all the pop elements that sculpt our most-loved hits, ‘Over You’ is swimming with stunning synths and striking synth counter-melodies. These lay a solid support for Raíz smooth tones to sail over effortlessly. Raíz’s vocals stand centre stage in the mix, showcasing the enticing tone and intricate acrobatics that make him such a vital act rising the ranks this year. With over six thousand streams on Spotify alone since its release just two weeks ago, it’s becoming increasingly apparent that the star or Raíz is set to burn brightly. With his upcoming EP ‘Saudade’ set to be released early next year, Raíz is on a trajectory for total airwave domination - and I couldn’t be more excited. Whilst Raíz might be struggling to move on in his sensational new single ‘Over You,’ it’s undeniable that I won’t be getting over Raíz any time soon.