Celeste Caramanna's Single 'Hilarious' Is An Ode To Better Times 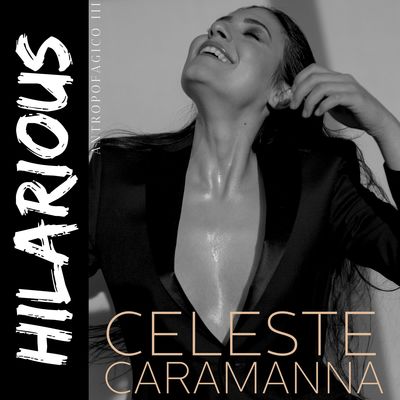 Celeste Caramanna has been singing professionally since she was twelve years old; this October she released her latest single ‘Hilarious’ from her EP ‘Anthropophagic’, and it’s a funky masterpiece.

The inspiration for this track came from the London-based singer’s desire for lightness and freedom following the summer of 2020 and the current state of bewilderment, stress and fear. ‘Hilarious’ speaks of the need to rediscover freedom, connecting with people, and rediscovering the joy in living that was a lost during lockdown; the punchy bass, guitar, percussive Brazilian style and Celeste's soulful vocal combine to create an uplifting and cheerful mood.

This song has certified summer vibes, and makes me long for summer nights and warmer times. The driving groove is contagious, and Celeste’s passionate vocal is the icing on the cake of a masterful production.