Maxine Linehan Takes Us Away With New Single 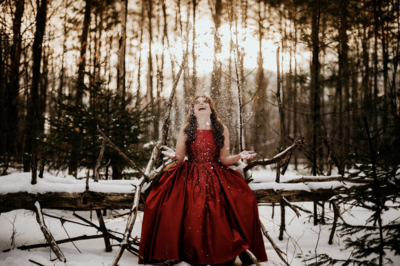 Ireland-born Maxine Linehan helps bring in the holiday season with her first holiday album, This Time of Year. The album features a cover of the timeless song “Moonlight in Vermont”, which beautifully showcases Linehan’s vocals and can put anyone in that cozy December mood. The cover is a perfect fit for Linehan, who is now based in Southern Vermont. The song was originally written in the 1940s and was first performed by Margaret Whiting, but Linehan gives the song new life with the guitar used and her soothing vocals. She stays true to the classic song while giving her own style to it, making her cover of “Moonlight in Vermont” a must-listen for the holidays.

When working on this album, Linehan wanted to make sure she was not making just another holiday album. With her successful musical theatre background and positive reviews on her original music from news outlets like The New York Times, it’s no surprise that this album is as beautiful as it is.

Maxine Linehan has a voice that is perfect for the holiday season, and her vocals in “Moonlight in Vermont'' are a great example of that. She embodies the same emotional delivery that singers like Frank Sinatra did while still staying true to her mission of making the songs of the holidays all her own. Her stylistic choices are superb and could make someone want to sit by the fire with a cup of hot chocolate at any point of the year. I can’t wait to add “Moonlight in Vermont'', along with the rest of Linahn’s album, to my Christmas playlist for 2021.