Rick Rutherford Is Back With 'Words' 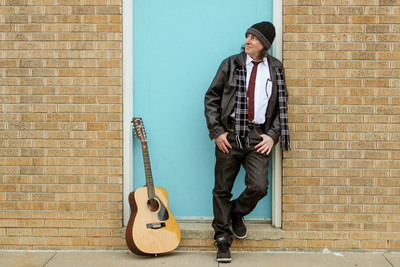 Rick Rutherford is taking a leaf out of the rock and roll songbook from yesteryear with a sound which reflects his influences. Furthermore, his latest track 'Words' grips just like the many rock anthems did decades before and cleverly Rick still brings modern hooks to remain relevant in the current game.

'Words' is a track which comes with heaps of enthusiasm. It is the raw aspect that captures the revitalising energy and the fact that Rick keeps true to his sound his refreshing despite many rock tracks arriving with plenty of industry shine. Nevertheless, Rick proves that rock does not need to come wrapped up in glitter, it sounds best when the raw elements thrive, and it is what makes rock and roll what it is.

Vocally, Rick sings with an eccentric technique, and he articulates a spoken word as opposed to singing with a contemporary method. The benefit to this is that his words are conspicuous and he leaves no room for ambiguity with his lyricism hitting home. Also, the musical texture which 'Words' provides is memorable with a sound that is proving infallible with his fan base already flocking far and wide to grab a listen.

But, where does Rick go from here? He will likely head out on the road once it is safe to do so, and he will undoubtedly pick up new fans who crave rock and roll in a true light. But, will his next releases be just as potent?