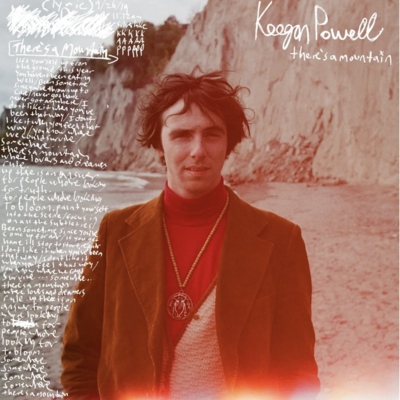 Toronto-based songwriter and performing artist Keegan Powell’s journey began writing and recording in Teenage Kicks as guitarist on their debut album Spoils Of Youth. Shortly after, he went on to compose songs for Chastity on both their debut LP Death Lust (2018) and sophomore record Home Made Satan (2019). In the midst of this, Powell also began to release several singles and EP's under his own name.

Ahead of his debut full-length (slated for release next year), Powell has shared a brand new single. “There’s A Mountain” was inspired by thinking of a better day for not only yourself, but everyone around you. It’s a declaration to realizing imagined states. Whatever we are yearning for, we can have as along as we keep dreaming about it.