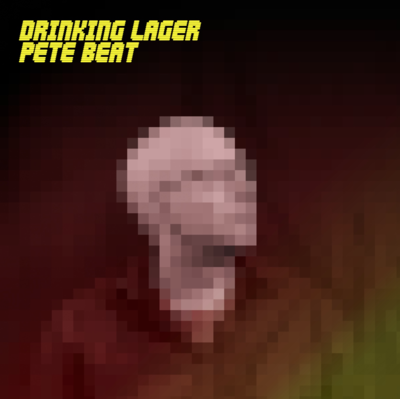 Last year managed to muck up even the best laid plans for most of us, yet for rising star Pete Beat it has facilitated a whole new musical venture. His upcoming single ‘Drinking Lager’ is the first to burst onto the scene from Pete’s highly anticipated upcoming album ‘Before The War’.

Based in the North East (England), the extensive experience Pete Beat boasts has been twenty five years in the making. With two impressive albums and a host of singles and EP’s bolstering his Spotify feed, Pete Beat has been building on his immense momentum and is now set to release the most fully realised body of work to date.

Utilising spacious, melodic synth lines and striking synth-based chords, Pete has sculpted a soundscape loaded with ear candy and a smooth structural support to let his commanding vocals stand centre stage. What makes Pete Beat so enticing surely must be the warmth, depth and performance power of his vocals. ‘Drinking Lager’ is the infectiously optimistic anthem ready to dominate our airwaves this month. Surprising as ever, Pete Beat has not failed to disappoint with this summery single.

Throughout the song Pete’s vocal line is unwaveringly optimistic; it’s no doubt this track will have you smiling, reminiscing over those few moments of happiness in the recent lockdowns. So, whilst we carefully crawl through into the new year, let Pete Beat provide the soundtrack and hey, why not crack open a cold one and (as ‘Drinking Lager’ reminds us) “drink to your health” - after all, as Pete reminds us, we made it this far.

‘Drinking Lager’ is available now across the major digital platforms and there's a brilliantly quirky lyric video to go alongside it on Youtube too...