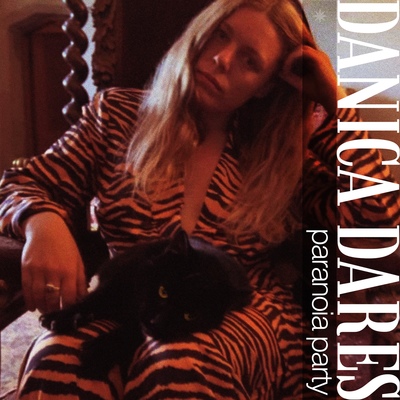 Danica Dares is the exciting up and coming experimental band invigorating our airwaves this year. Having formed in the relentless restlessness of the recent lockdowns, Danica Dares are delving into their unique blend of alt-indie electronica as they burst onto the scene this year. For a band that have fairly recently formed, Danica Dares really do have a incredibly realised sound. The three-piece outfit is made of front-woman Harriet McBain, Jon Haines and Richard and Sanderson.

Loosely defining themselves as alt-indie rock, their sound encompasses everything from 80s synth-wave, to spoken word and choral music - and they unite these elements with all the ease of band on the scene for years. What inaugurates this band as such an exciting act surely has to be Harriet’s lyricism; rooted in both personal and universal experiences, Danica Dares don’t shy away from the important topics. Their debut single, ‘Giving It Away,’ boasts a beautiful narrative of encouraging young women to find their voice and their upcoming single speaks on the harsh truth of anxiety overruling your mind. The natural combination of these crucial conversations with the experimental, alt-electro soundscapes accumulates in utterly enticing and engaging songs.

‘Paranoia Party’ is the next upcoming single from the dynamic Danica Dares. Oozing with striking synth countermelodies and a goosebump inducing bass, this track is set to dominate playlists this year. This is the second release from their upcoming debut album ‘Curating The Lunatic’ - available on Bandcamp now. The group effortlessly fuse together ‘80s musical foundations with their fresh take on alt-indie elements - and, boy, does it sound good. Exploring the themes of the limitless loneliness and insistent isolation of 2020, Harriet has crafted a catchy yet crucial chorus as it highlights the harsh reality of living with anxiety. The group summarises the storm of thoughts that sculpt the track’s lyrical foundations, “Am I invited to the party? No? I feel so alone and unwanted. Yes? I’m too anxious to go, and what if I embarrass myself and nobody likes me? Will people even notice if I am not there, will they notice that I am? You know the drill.” We absolutely do - Danica Dares are just giving us a reason to dance about it. As such an exciting act rising the ranks this year, Danica Dares are liberating archaic genre limits as they continue to push the boat out going into this year - and we’re just grateful to be along for the ride.

Ahead of any “official” network-wide release, the entire album ‘Curating The Lunatic’ from Danica Dares is currently available to buy on Bandcamp for £5.

Check out the video for their last single 'Giving It Away':