The Fruits Of Experience 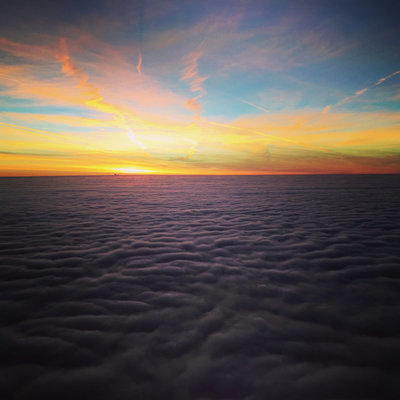 Joe Adhemar had dreams of being a professional musician in his 20s and came close to realising those dreams, but things never quite came together for him and, as he says himself, ‘mouths needed feeding’. With the experience of life lived he has come back three decades later to realise those dreams. Found Ourselves is the third album of his second act.

Be my coastguard has a Pink Floyd vibe that makes it instantly appealing and a well crafted lyric that roams from playlists to oceans without once taking a wrong turn. It could easily be a track from the classic age of prog rock, but it sounds contemporary. The Trip is a really interesting Bowie style narrative that seems to be part of the soundtrack to an unreleased movie. The tune is a clever blend of the industrial style soundscape of the verses and the Eagles style West Coast chorus. It’s a song that keeps you interested throughout and makes you want to see the film itself! Found Ourselves is a terrific track with further echoes of Bowie but once again it has a really smooth chorus and a lovely lyrical finish. The final line, ‘We might have lost the summer but at least we found ourselves’ is simply superb. Mother’s Domain reflects every parent’s hope that they can bring up their children to be the best possible version of themselves. It is profound, moving and lyrically my favourite song on the album. Gaia calls upon us to reflect what we are doing to the planet and to change before it is too late. In a sense it could be a companion piece to Mother’s Domain, because what is the point of teaching our children to be themselves if we have doomed our planet during for their lifetimes. This Chaos is definitely the first song I have ever heard that refers to ‘regression to the mean’ in its lyrics. It is a song that reflects the worry that many people have of a return to the fascist days of the 1930s in a number of countries around the world. It is a very unsettling song that could easily have found its way onto the Blackstar album, stylistically. Your Phone Does Not Love You is a soundscape that reminds me of the kind of experimentation that epitomised the more avant garde rock of the 1970s. I really enjoyed it because it is so different to the rest of the album. The Tendrils is a science fiction themed song that put me in mind of John Wyndham’s cautionary tales of the 1950s, but it could definitely lend itself to multiple interpretations. Mr Gaslight is a song full of incredibly unsettling imagery as it tackles the spectre of domestic abuse. It is brilliantly written and a brave subject for any songwriter to take on. Adhemar does it with restraint, respect and skill. Zul starts with a Celtic style tune that leads into a song delivered with a robotic synthesised voice which seems at odds with the humanity of the lyrics, but perhaps that’s the point. Icarus is a gorgeous, heartfelt song that shows what Adhemar can do with a really interesting story song and an effective tune that really suits it. Faded Grace is my favourite song on the album. It’s a gorgeous lament for lost youth with a beautiful tune and excellent vocals. There are elements of Paul Carrack of Mike and the Mechanics on this song and it really hits the spot musically and emotionally. Melancholy Words keeps up the high standard of the album with another reflective song that has echoes of Time by Pink Floyd. Neowise is the final track and the tune and delivery of the lyrics have definite elements of Gary NUman in places which work extremely well.