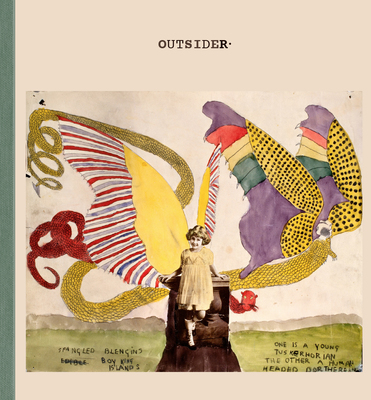 The uniqueness of Outsider album shines through. This masterpiece of music has been created by French composer and founder of the famous GOTAN PROJECT Philippe Cohen Solal and Tunng's Mike Lindsay.

The compilation is filled with ten memorable pop songs all based on Chicago-born artist Henry Darger's works. Know as the hidden-artist who lived his life as a reclusive hospital janitor. His epic fantasy novels and visual artwork set the art world alight after their posthumous discovery.

During his 50 years of isolation, he had been constructing his own unique imaginary world, a struggle between evil and innocence. He called this, The Story of the Vivian Girls, in What Is Known as the Realms of the Unreal, of the Glandeco-Angelinian War Storm, Caused by the Child Slave Rebellion. In essence, this chronicles the adventures of seven little Catholic girls, the Vivians, on a vast alien planet that has the Earth as its moon.

This album is a musical and visual extrapolation of Darger, his obsession with the weather, his tormented Christian faith, deceptively naive paintings and lyrics to songs that were never before set to music.

This album has taken Darger's questions of isolation, imagination and a David and Goliath fight against evil and turned them into the strangest. Yet, most beautiful lullabies you'll ever hear.