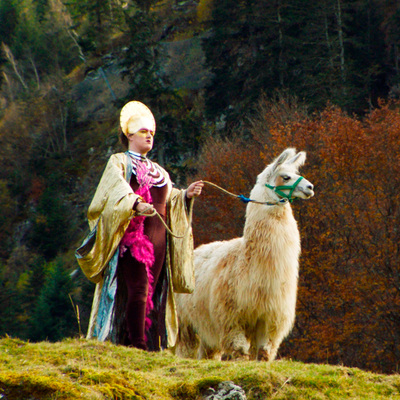 Their new single ‘Astrale Nouba’ features the vocals of award winning Scottish folk artist Kate Young and delivers a chant-y and trance-y trip into an aural world of weirdness – and, quite honestly, it is not an unpleasant place to be. The track, the follow up to their debut EP in 2019, is a traditional Bulgarian song that mixes techno pop with the vocal imagery of a ‘cocktail- sipping sorceress’ and is taken from their forthcoming debut album of the same name. If ‘Astrale Nouba’ is anything to go by then the album will be a bold, cheeky, fearless trip into kooky, uber creative musical frontier territory.

The single starts out with familiar dance beat repetitions and loops before accordion sounds kick in with traditional folk elements overlaying. The result is a marriage of trance vibes and dance club fervour. A joyful, yet batty, work of art. The single is pretty long at over 5 mins but you can betcha that this particular band are not looking for mainstream radio play. Instead, like musical jesters, they are merrily laying down their own rebellious dance path to electro pop infamy.