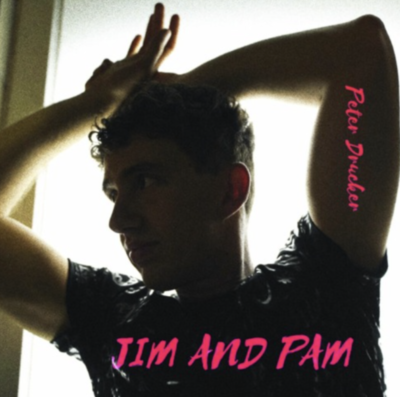 Youthful and ambitious, singer-songwriter Peter Drucker burst onto the scene in 2018, with an armory of tracks ranging from electric guitar driven synth-pop, to catchy, heartfelt string-centered ballads; all aided by a uniquely soulful voice and a dominant sense of groove that leaves listeners mumbling choruses into the night.

His new single, “Jim and Pam,” is named after The Office’s dynamic duo – a show that Drucker may become ostracized from society for admitting he’s never watched an episode of. Having originally written the lyric “we can drive ‘round these streets like we’re Bonnie and Clyde,” Drucker made a simple swap with the modern day version – Jim and Pam.