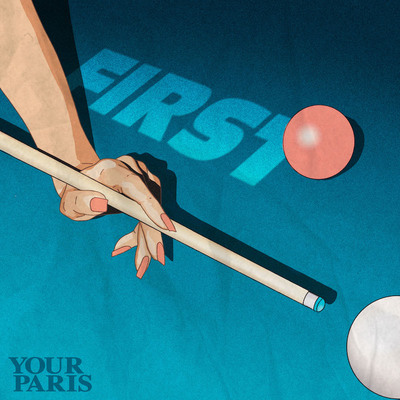 Following a performance on CTV’s Your Morning in December, Your Paris has released a new single. “First” is a dreamy, floating pop track capturing love and heartbreak at the same time.

Nick Babcock and Laila Kharouba make up your new favourite pop duo. Praised for their poignant lyrics and on stage chemistry, they’ve been told that even while singing about heartbreak, they make others want to fall in love.

Their pop tunes are fresh yet familiar upon first listen, and have been compared to Julia Michaels and Scott Helman. Since their commencement at the start of 2020, the duo has made a splash in the Ontario music scene. They’ve opened for Toronto indie-rock band Birds of Bellwoods, have been featured by many media outlets including Global News and CTV’s Your Morning, and have organically grown their Spotify audience to over 16,000 monthly listeners. Their last single “Rooms” reached new listeners after being placed on three Spotify editorial playlists:“New Music Friday Canada”, “It’s a Bop”, and “Fresh Finds: Pop”. They are determined to stay in the honeymoon phase of their career: in love with, and inspired by their music.