What Makes You Think (Single) 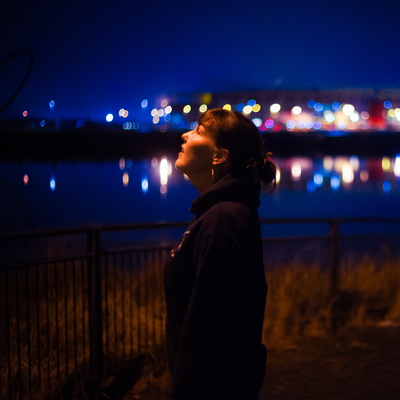 What Makes You Think (Single)

UK-based artist Jay Moussa-Mann is currently working on her album 'The Breakup Album' to be released later this year. Her last single 'Brown Paper and Thornbirds' was the first release from this and is followed by new single 'What Makes You Think’, which dropped February 12th.

'Brown Paper and Thornbirds' was written when Jay was struggling with the thought of ever trusting anyone again. The lyrics are based around the legend of the Thornbird, a mythical bird whose one purpose is to sing the most beautiful song at the cost of its life. Jay always creates songs with heartfelt meaning, often centred around a story of some sort. Indeed, it is Jay's ability as a storyteller which sets her apart within the industry. She also has a very unique vocal which truly stands out from a sea of similar-sounding female pop voices to be heard on the radio. To listen to Jay singing, with her folk roots, is really refreshing.

Her new single 'What Makes You Think’ is an introspective look at the world, almost journal-like in its honesty. At once melancholic and soothing, this song is Jay’s take on a broken-down relationship. Delve a little deeper though and you’ll find it’s not just about two people, but can also be read as a breakup with the world at large when set against the tumultuous backdrop of 2020.

Jay has enjoyed a string of successes and is building a strong support network for her music. Interestingly, she comes from a musical theatre background, her first released work being the award-winning 'Ruth The Musical'. She made a fluid transition into pop with the release of debut folk-pop album 'Little Deaths' in 2019. Since then, a string of single releases and now comes the slow lead-up to her second album. I am so excited to have discovered Jay early on in her career. She is most certainly one-to-watch.