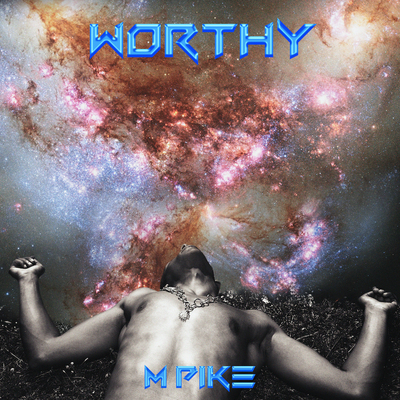 M Pike proves his quality on his latest release, 'Worthy'. It is a pop-rock gem, but it also falls into a post-genre category with a wide range of sounds leaping out of the compound.

It kicks off with a rising overture with a guitar lead echoing out with a thumping bass rhythm driving forward. M Pike then suddenly reaches for the mic, and he sings with a clear expression. His tone is sharp, and he gets the energy flowing ahead of one of the most compelling refrains to grace the airwaves in modern times.

He takes influence in some of the greats in the music industry, yet he sounds unique and arrives with a fresh timbre. However, a little more backing along the way could have been advantageous to give the track an even more substantial stereo effect.

Musically, the track is exciting, with it leaking zest as it plays out. The music arrangement starts relatively chill with a condensed soundscape, but it grows with colour, and all the guns are blazing with massive effect towards the latter.

Overall, 'Worthy' is the type of track that gets better with every listen. It is memorable, too, with a production that is not similar to anything else popping currently. The vocals are not a million miles away from Placebo and 30 Seconds To Mars, but they bring a new fresh edge to the table, and it is excellent to hear M Pike take a sound that works so well and adapt it.