Nothing In The World Feels Better 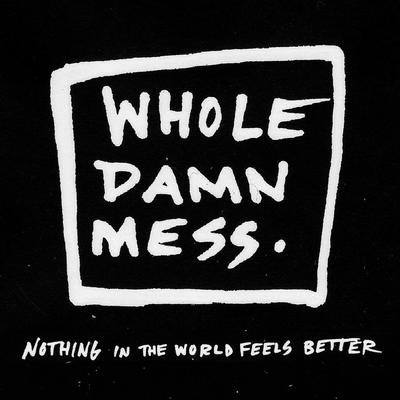 Nothing In The World Feels Better

Whole Damn Mess is four singers, musicians, songwriters, and producers who separately honed their crafts and came together with a desire to create joyful rock n’ roll. The connection of the four is undeniable as they draw you into their ongoing party with every listen. The band recently released “Nothing In The World Feels Better” which is a mix of clever songwriting, warm vocal melodies, and get off your ass and dance energy. “Nothing In The World Feels Better” is an earworm of rock n’ pop know-how, huge harmonies, and infectious positivity just when we need it the most.

The Los Angeles band—Don Miggs, C. Todd Nielsen, Lawrence Katz, and Greg Hansen forge an instant connection that’s as lively as their performances. After canvassing the country alongside iconic acts and releasing fan-favorite projects, the group ignites a tried-and-true approach with a fresh fire in 2021.

Whole Damn Mess represents the union of lifelong musicians and friends with a mind-blowing collective pedigree. Don founded and led MIGGS to international popularity (in addition to collaborating with everyone from Billy Corgan to Mick Fleetwood- who happens to beat the hell out of the drums on a track), Lawrence has been the long-time guitar player for The Mighty Mighty BossTones, while C. Todd and Greg have found success in their side project Floyd Wonder. Also, they all write and produce for film and TV, as well as upcoming and established artists- in their spare time!!!!

As a unit, this band of brothers brings relentless charm and energy with every note and I can’t wait to hear more from them.