A Winning Game From Ray BLK And Giggs 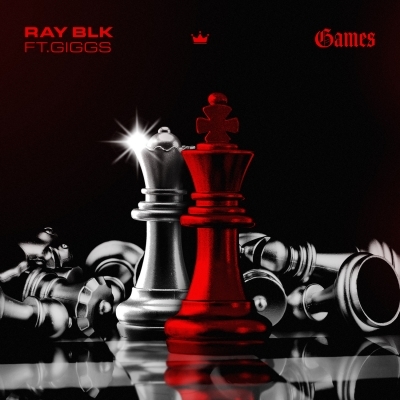 The incredibly talented Ray BLK first came to my notice with the frankly stunning ‘Warrior’ from the soundtrack to the film Rocks. Since then she has released more fantastic tracks. Here, she teams up with Giggs for her new single Games.

The opening is from the man’s viewpoint rapped with conviction, entitlement and arrogance by Giggs. He’s a player who is used to getting any girl he wants but he is not sure where he stands when she starts questioning the relationship. As far as he’s concerned the girl ‘… just wanna bring up what it ain't. You don't wanna bring up what it is.’ He boasts about his effect on women and makes it clear he isn’t going to stay around if they aren’t doing things his way. Clearly he sees this relationship as being one he is in control of. Giggs' performance is powerful but controlled and he breathes life into a character who could be a cypher in other hands.

The woman, in the shape of Ray BLK isn’t having any of that and won’t let him off the hook. She tells him ‘You do things I don't like’ and asks ‘Why you send mixed messages?’ She reminds him ‘I came to your level. Think I compromised’ but he wasn’t going to meet her halfway. She tells the girls who are listening, ‘Don't trust the game baby don't fall in love’. It is a clear message from a woman who is not going to play things his way anymore. The track ends with her taking charge and telling him, ‘Now I'm on my way to your neighbourhood Called you anyway but I knew better I just wanna say I can do better’.

It’s a song of power with lyrics that really take you into the centre of a dysfunctional relationship. Ray BLK is very clever with the way she subverts the late night chill out vibe of the music with perceptive views of the ongoing battle to find the right relationship and keep it going or recognise the wrong relationship and end it there and then. Both rappers are full of style, panache and power and they are perfect foils for each other. This is a song full of attitude from the first line to the last.

When Ray BLK releases her album later this year she is surely going to break through into the big time. It’s an album I cannot wait to hear.