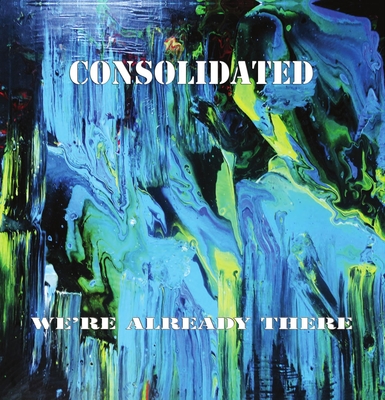 Probably best known for their album, 'Friendly Fascism', Consolidated have returned post Trump and during Covid, after a 25 year hiatus with a brand new album… and understandably with no shortage of topics to shout about!

Don’t expect an easy ride. With an eclectic political dance/industrial sound fused with elements of rock, funk and reggae, the bands live shows were known for their debates and arguments, with the mic being passed among the crowd. Its about politics as much as music, the band (now a duo of Sherburne & Pistel) is an activist vehicle to drive change.

Consolidated’s pro-veganism, anti-sexism ethos remains strong, now with a rallying cry against climate change with guest vocalist Greta Thunberg on ‘The ‘Ol Mass Extinction Blues’, while ‘Capitalism A.F’ blends beats and hip-hop with industrial sounds. Consolidated’s manifesto now includes FREE MUSIC, STOP AMERICA! - described as 'a corrective to the exploitation and boredom of the old music biz' and a continued devotion to the integration of aesthetics and critical social analysis.

In 2021 Consolidated's sound as vital and relevant as they ever did, ‘We’re Already There’, while unlikely to dent any charts, is destined to become a cult classic.