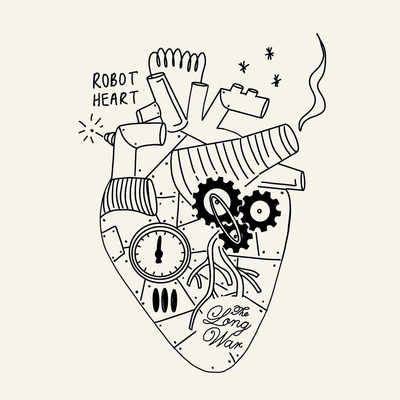 The Long War is a shared battle story between five people who have each fought to actualize their dream of becoming musicians. Unified onstage, in the studio and on record, they are a shared belief, a war of attrition. A shared philosophy between five people, all on the same path, that through hard work and honesty, beautifully authentic music can be made.

"Robot Heart," the brand new single, was inspired at a time of feeling alone and cooped up through the fall months. Staring out the window watching crows fly above as they do in Vancouver every single day at the same time to the same spot, over and over again. It's routine, instinctual – but in a way also mechanical, built in. "Robot Heart" alludes to our own default habits in matters of the heart and the longing to reprogram, to stop making the same mistakes.