Her Name Was Human (Single) 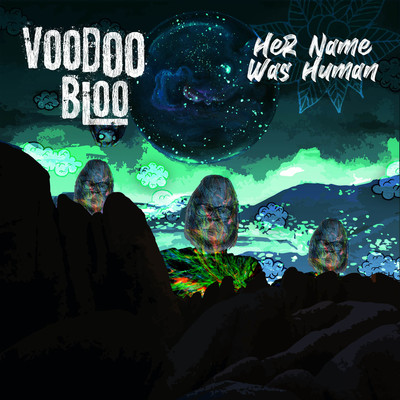 Her Name Was Human (Single)

Voodoo Bloo is a new creation fronted by UK ex pat, now NZ resident, Rory McDonald, formerly of defunct alternative rock/punk Wellington band, Lucifer Gunne. The new single ‘Her Name Was Human’ follows the relentless cathartic energy of previous single ‘Ha Ha Ok Ok’ and, like its predecessor, it is a track that rolls like a rollercoaster of ‘new and fresh’ but is also weirdly timeless. You can hear all the great influences from many genres even in the angry baritone vocals and certainly in its punk sensibility, but Rory, either by nature or design, manages to make it all his own.

‘Her Name Was Human’ is a song about that age-old theme of messed up relationships, driven by pounding guitar riffs and Rory’s deep vocals. It is a track that definitely does not lack energy, powered by the anger and vigour of youth in primal roar of emotional confusion (isn’t it always?). You can argue that’s this is rock, alt, indie or even (at a stretch) balls-out metal, but the reality is that Rory has made this song an alchemist brew of all of those things and easily appeals to all those sensibilities without selling itself out. A rare thing indeed.

Maddeningly, you just know that if it hadn’t been for this restrictive age of Covid lockdown, Voodoo Bloo would be tearing through all the sweaty fleapit venues across the UK, blazing a trail for itself and inviting gig lovers to be immersed in musical catharsis. Oh to be in New Zealand and enjoy live music again! As it is, we Brits are forced by circumstance to enjoy this track, and the band’s other recent work, in our own home-based lockdown bubbles of emotional confusion. In times such as these it is important to look forward to exciting events: Voodoo Bloo show such energetic promise it would be hard to resist the pull of UK live dates when it is safe and possible.

If this, and the previous track, are anything to go by I can’t wait to hear their new album ‘Jacobus’. Meanwhile, I implore you to download or stream this single and let your brain roar. Highly recommend.