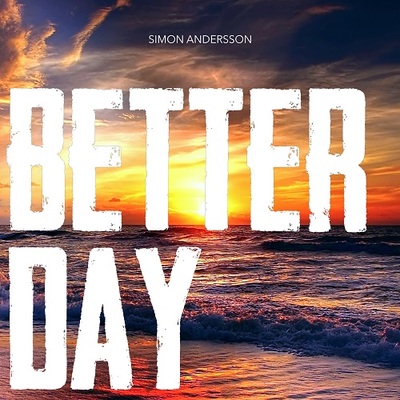 Simon Andersson is one of the most streamed indie artists from Sweden today with million streams on Spotify.

- He has previously been awarded prizes in the USA for his early country hits, but since a few years ago he as a recording artist changed direction to what can be called "classic rock". So even clearer on the new single Better Day which is a wink against the 80's grand arena rock where Simon also gets to shine as a guitarist.

- 2020 has shown us how fragile our world really is and the things we take for granted. When we live in such times of anxiety, it is important that we stand together and maintain our belief in a brighter future, a better tomorrow. That is the message of the song.