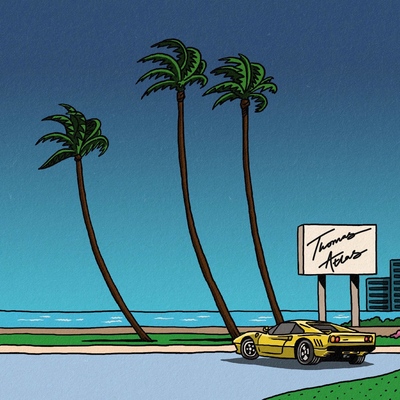 Thomas Atlas brings his funk grooves to town with his latest release, 'Lost Art'. Never one to shy away from a feel-good tune, this one hits the nail on the head with vitality, and it proves why he is taking giant leaps in the industry.

'Lost Art' is the funk treasure that many have been waiting for, for many years. It brings new energy to the modern game, but it also pleases yesteryear funk fans' ears. Furthermore, Thomas fuses what works so well in the new game with sounds popular decades previous.

Vocally, Thomas is an unstoppable force, with his inviting tones gliding through the mix with ease. He speaks about keeping a special one on his mind while he is on his way to the top. Thomas is confident in his ability, and he has every right to be given his top-class delivery here. The moon could be a metaphor for reaching the top of the industry, and if so, he is probably correct given how well this track is spreading around the funk scene.

Also, there is a lot to be said about the music on 'Lost Art'. It has a flavoursome channel, and each instrument brings something unique to the mix. Furthermore, the drums boast a sharp timbre. Also, the guitars have a clean bluesy texture comparable to some of the most stand-out riffs in the blues space. Additionally, many sounds arise as the track progresses, and it heads down a new path for the funk hitmaker.