Reverse In The Sand (Single) 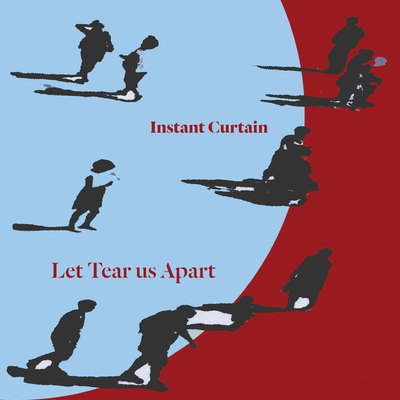 Reverse In The Sand (Single)

Instant Curtain boast a prog-rock quality that has not risen out of the scene for quite some time. They have a unique approach to music, but they stay true to the game with a hint of some of the greats.

Their recent release, 'Reverse In The Sand' kicks off with a psychedelic guitar lead and a rhythm that leads us down a distinct path. Suddenly, the structure changes and the vocals leap out with fierce flavour. Vocally, there is a 60's influence with an uncanny resemblance to some of the most incredible vocal leads from the rock and roll era.

As the track progresses, many new sounds jump out, and the path stays unpredictable for the entirety. Furthermore, there is no set route here; instead, it flips and regularly turns, making for a remarkable experience. As a result, there is no monotonous repetition in the 6 minutes of playtime, and the instruments often take on a new shape.

Musically, the excitement flows by the barrel load. The original dynamics remain too, which is refreshing given the number of tracks under modern polish. Also, towards the latter, the path opens again with a new melody section that sounds dissimilar to the opening sections. Nevertheless, Instant Curtain soon get back to business with a robust finale, giving the bigger hitters a genuine run for their money.

Overall, 'Reverse In The Sand' is medicine to the ears for anybody who craves rock, just that little bit different. Also, due to the myriad of sounds on offer, it appears to have something for just about everybody.