Final Void Get Us Gripping To 'Symphony Of Lies' 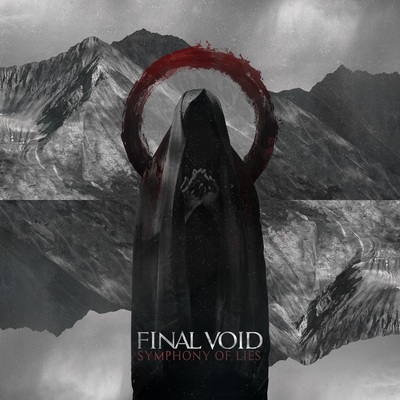 Final Void are the Finnish rockers who can do little wrong with their new release, 'Symphony Of Lies'. It is a track taken from their most recent album, 'Visions Of Fear'.

Instantly gripping, the breath-taking might of the mix hits with gravitas. The guitar riffs cut through, and the drums lead the way forward with colossal flavour. From the get-go, it is apparent that the track will be a stadium anthem, and it does not disappoint as it progresses!

Post-overture, the vocals leap out of the mix, and they hit home with a deep narrative. Frontman Tuomas Kotajärvi gets down to business with a captivating vocal performance. He is memorable with his approach, and he provides a gritty edge that stands out like the proverbial thumb.

Likewise, the music arrangements which vault out of the track keeps the energy burning and by heck does it get the endorphin levels rising! The drums pick up the pace towards the midsection, and the guitar gets a whole new lease of life towards the final stages. Furthermore, in the last passage, the guitar spills with an infectious solo leaving us reaching for the air guitar.

Overall, 'Symphony of Lies' is one of those tracks which gets better with every playthrough. It takes no hostages in its stride, and all the guns blaze with omnipotence. As a result, it will be no surprise to witness the band taking giant leaps over the next coming months and once given the green light; they will most likely be filling amphitheatres far and wide.