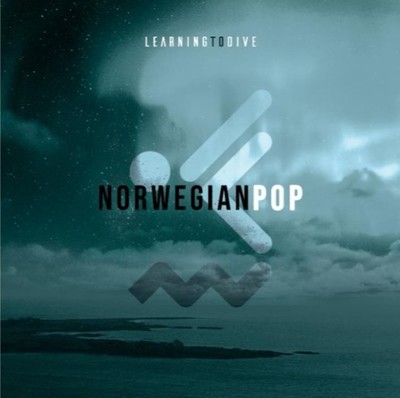 LearningToDive is the new artistic identity of Bravo Bonez, a New Zealand-based composer, producer, vocalist and musician, and is described as a love letter to the post-punk, pop and rock of the 80s. It certainly shares a certain polished sheen and shoulder pad sized ambition sound-wise, thanks to an interesting swirl of different influences from the time it ends up sounding modern and original rather than some period piece being dusted off.

There are some interesting pairings too. ‘Falling Leaves’ has a touch of latter period Genesis about it, but also boasts the twinkling, goth guitars of The Cure, intersperse with some seriously big orchestral overtures. ‘Promenade (Extended)’ is another delight, possibly what it might sound like should the Cocteau Twins ever have got into the studio with Paul Weller’s Style Council in their loungiest jazz mode.

Bonez shows he’s capable of dishing out some excellently resonant deep vocals on the likes of ‘High & Dry’ and the more synthpop-slanted ‘Tainted’, at times bringing rock heroes like Jon Anderson of Yes or Rush’s Geddy Lee to mind, albeit from the other end of the sound spectrum.

Overall, it's a refreshing change from the usual desperately on trend pop productions, and one that's packed with emotion and dramatic style. Big thumbs up!