Pete Beat Showcases A Diverse Sound On 'Before The War' 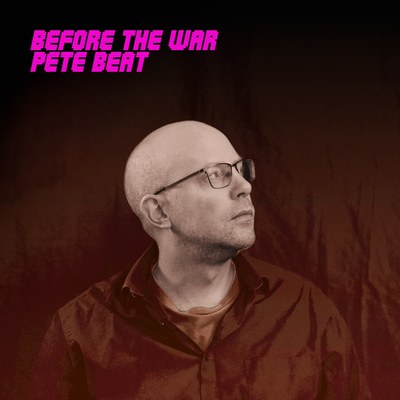 Over the last few months, Newcastle-based singer and songwriter Pete Beat has been offering up cuts from his latest album 'Before The War'. With each release, he has shown us that this new collection was set to be a diverse and eclectic affair with dozens of influences merged together. But now it has been released, it is clear just how expansive his new LP is.

Inspired by the 1930s idealised state of the world, a pre-war era in which many felt that times were starting to move in the right direction, 'Before The War' sees itself as part concept record and part nostalgic sentiment. While it follows a theme of retro aesthetics and humbled song-writing, there is this nagging feeling beneath each track that everything seems almost too good to be true. A feeling that Pete has been sure to emphasis throughout his new collection.

While its inspirations aren't necessarily married to the pre-war time, with notable David Bowie and Talking Heads influences added in for good measure, the album is this strange and unusual beast that doesn't cohesively flow like most albums, but still somehow comes together to form a succinct body of work. This time and place that he has created remains the centre stone of this record, so no matter how far his creative endeavours take him, it all comes under this umbrella idea of uncertainty and naivety, something that feels very close to all of us in this current phase of life.