Toast Showcases His Worth On New Album 'Toast TV' 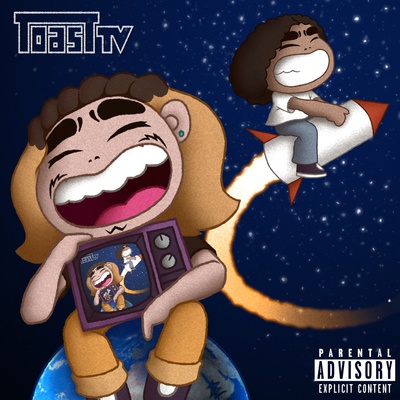 With a stream of fresh and bouncing hip-hop gems under his belt over the last few years, US MC Toast has been quickly making a name for himself as a smooth and enticing name on the scene. With his distinct flow and retro-inspired beats, he has this incredibly textured approach to his sound, which has now been cemented on his new LP 'Toast TV'.

What is most noticeable about this new collection is just how much he takes his craft seriously. Influenced heavily by the boom-bap sound and taking it to a more modern and flair-filled destination, 'Toast TV' is a rare and shimmering record that is both playful and captivating in equal measure.

From the start, Toast is clear in his venture to deliver something that isn't as serious or brooding in its direction, giving it a far more engaging sound than most of his ilk. He is a strong and charismatic artist that shines through on every single track, creating something that I can see coming back to again and again.