Kingdumb Smashes It With 'JDM' 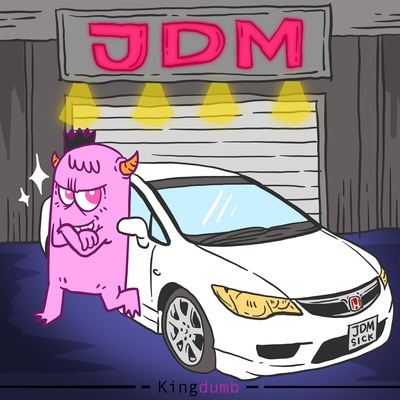 There is no holding Kingdumb back with his new release 'JDM', bringing a whole new lease of life to the British hip-hop scene. Moreover, Kingdumb heads down a route which not many people take, and he smashes it from the instant.

Furthermore, Kingdumb has found a niche, and he leverages his ability from the get-go with a sound that fuses many styles into one. An evangelist for the Japanese cars market, Kingdumb dedicates the entire track to the Japanese motor industry, and he often speaks in the release about how he enjoys cruising around in his 'JDM'.

Vocally, the rapper is on top form with his rap bars flowing with ease, and he rises with an unconventional approach. As a result, his wordplay makes him stand out in a world where many rappers conform to the norm. However, not Kingdumb, he is not afraid to try something new, and it works. Also, musically, the entire piece flows with memorable energy. So much so, It's effortless to swing into his realm with his upbeat rhythm and nail-biting melodies driving forward.

Overall, JDM is full of lush harmonies, and Kingdumb proves why he is one of the freshest rappers to rise out of 2021 so far. However, he is still very early in his career. Therefore, he will need even more smash hits like this to cement his name even deeper into the history books. Nevertheless, given this one's potency, it will be no surprise to witness him taking giant leaps with his follow up releases.