Gift Of Tongues Go The Distance With The Perfect Son 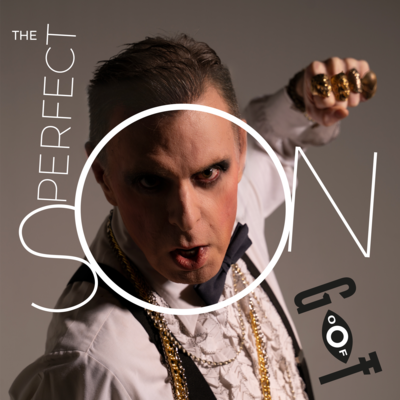 Gift of Tongues is the electro-percussive ensemble from musician David E. Johnston, who has just released a new album of 15 songs entitled “The Perfect Son.” This album showcases a solid and dynamic selection of ambient, “synth-pop” and electronic sounds that are sure to delight the senses and conjure renewed interest in the genre of electro pop.

David is not only a gifted singer-songwriter, but also a performance artist. He is known for wearing masks and costumes to conceal his real identity during performance.

In fact, previous to this album release, David has had an extensive, and award winning, career in theatre as a performance artist. In his music, however, David is able to explore another side. A side that is perhaps more hidden, a darker aspect.

The title of the album, “The Perfect Son”, comes from growing up in a single parent household and feeling different to the other boys, later discovery that he was gay. This realization brought to light his feelings of loneliness and other-ness as a young boy.

Songs on the album include “Fountain of Youth”, “The Flood” and “The Art of Loneliness”, which is described on David’s official website as “the emotional centerpiece” of this album. Here, we experience the fusion of synth and electro-pop together with a bittersweet vibe.

David writes on his keyboard. Various comparisons can be made to other electronic artists, such as The Knife and Zeitgeist.

Stay current with everything David E. Johnston on his website www.giftoftongues.net

Music is available to listen to on Spotify:
https://open.spotify.com/album/1eVxxWMGVJCiBnxpTwc39Z?si=v7tW40ZfSKSbxuve3EcX3g