Love In All Its Shades: Larry Mindel's 'Love In Troubled Times' 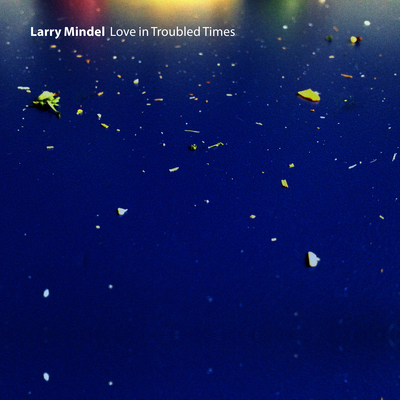 Larry Mindel is a London-based artist whose album titled ‘Love in Troubled Times’ was recorded during lockdown last year. Remarkably, these are the first 9 tracks he wrote for piano, as he learned to play the instrument during the pandemic. This album aims to capture a deep ambiance and takes you on an emotional rollercoaster, a journey of love, loss, and relationships as the music slowly embraces you, potentially bringing you to tears.

For example, you will instantly fall in love with his opening track ‘Lowland Love.’ This is a very emotional song where he sings about a woman who is searching desperately for love. She is heartbroken, something which we can see from the line “tears on broken shells.” In the chorus he sings “love is hard to find in troubled times, one last step to the shoreline.” This means that she is just one step away from achieving what she wants.

‘Take a Rest At My Door,’ is another standout classic track in the album. Through the lyrics he reaches out offering refuge and an emotional sanctuary to souls in their time of the troubles.

Overall, water runs through the main frame of all his songs. Mindel is using water as an emotional tool to describe changes in life. This is also the case in the next track ‘Lemon,’ which is inspired from the late 60s. He sings “we will bathe in running water,” which symbolizes rebirth/a new beginning, and “ripples in the stream,” which can be interpreted as becoming one with nature.

Another track with a very important message is “Brave.” In this song he inspires his listeners to believe in themselves no matter what. Many will also relate to the final song in the album, “Be Careful How You Go,” at least at some point in their lives, since it’s a very personal track Mindel wrote about his mother, whom he lost in September of 2020.

With the lyrics above, he expresses his grief and what his loved one has left behind. Furthermore, with the touching phrase “time runs soft and rigged now,” Larry realizes that we don’t have forever. We have to treasure the time we spend with the ones we love. The song is accompanied by a lovely video made up of precious memories with his mother.

Overall, this album is full of powerful lyrics. Each track tells you a story and exposes you to many different types of love, from heartbreak, to loss.