Voodoo Bloo Lead Into A Mental Maelstrom With 'MMA' 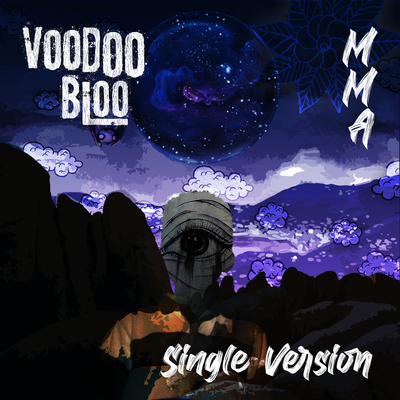 Alternative NZ rock band Voodoo Bloo deliver the goods once again with their second UK single ‘MMA’, and follows their rollercoaster-relationship-angst belter ‘Her Name Was Human’ out last February.

You can’t accuse this band of ‘phoning it in’- everything they bring out has a real raw ‘live gig’ passion about it which is both infectious and visceral. Singer / songwriter Rory McDonald isn’t afraid to pull out all the stops with subject matter and lyrics either; apparently ‘MMA’ was originally going to be called ‘moshpit martial arts’ and is about getting so ‘effed up’ there are serious regrets later (oh yes, who hasn’t been there!). The deep guttural vocals and musical delivery of this is pretty accurate and experiential: close your eyes, listen, and you can imagine being in some dark dodgy place in the middle of a mosh maelstrom, completely and utterly out of your mind.

‘MMA’ opens, straight in with balls-out guitars, Rory’s deep voice punctuating (or should that be punk-tuating?) his existential angst in what is almost rock rap with definite punk overtones. It’s a rollercoaster ride with many hairy twists and turns: kind of like a psychotic episode made into musical form or a screamo alt rock trip into insanity. Whether that was by instinct or design, I don’t know, but it works and I’m lovin’ it!

I’ve said this before about Voodoo Bloo but it’s amazing how such a young band and, indeed, songwriter can expertly amalgamate so many key rock elements from the past: punk, hardcore, screamo, metal, grunge- and make them entirely their own. It feels fresh, youthful and exciting. In an age where even the Eurovision Song Contest had young rock/metal entries, (and one of them winning), it gives me hope that rock music and raw talent hasn’t died but is very much alive and evolving. And thank goodness for that. Recommend.