The BRKN Invite You Into Their Musical Revolution on "Come Outside" 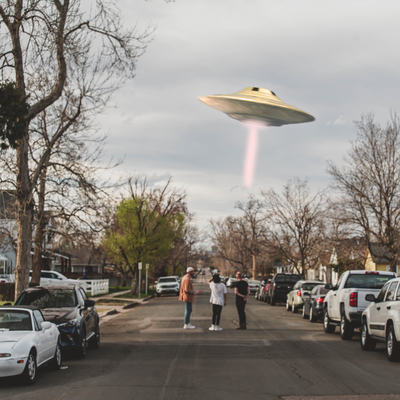 Much like close friends, we lean on records when we need them. They comfort us, console us, change our moods, and cheer us up. In a similar fashion, The BRKN will be there for you. The Denver trio—Jacob Cade [vocals, guitar], Mike Bokenkamp [drums], and MJ Younkers [guitar]—wrap energetic pop in warm synths, straddling punk, alternative, indie rock, and electronic all at once. At the same time, ponderous and poignant lyrics seamlessly tie the vision together. After independently amassing hundreds of thousands of streams and receiving acclaim from American Songwriter, New Noise Magazine, and more, the band issue an invitation on their 2021 independent EP, Come Outside.

As the story goes, Jacob and Mike originally met in church. Jamming together in a worship group, they bonded over not just music but skating as well. Jacob initially made a name for himself with a series of solo releases as he played on stacked festival bills and collaborated with the likes of Halestorm’s Lzzy Hale and Joe Hottinger in the studio.

The BRKN released their debut EP No. 3 in early 2020. Among numerous fan favorites, “Your Existence” amassed over 129K Spotify streams.

MJ came into the picture after being asked to tour with the band as a guitarist. After one date the world went into quarantine due to Covid-19. At that point, MJ was asked to join the band full time and with the new lineup came a new musical direction. The BRKN kicked into high gear. Stuck at home and afforded the time to experiment, the three-piece stretched the boundaries of their signature style. Nodding to influences such as Prince, Michael Jackson, and The 1975, they seamlessly integrated synths into their sonic palette as they worked out of Jacob’s cozy bedroom studio.

The BRKN brought those initial ideas to Nashville where they finished up the EP with producer Mason Maxwell. They paved the way for Come Outside with “Be Cool,” “Calm Down,” and “Lovers.” On the single “Lost Boy,” the musicians perfect the balance between neon keys and thick rhythms as Jacob’s voice echoes on the dancefloor-ready hook. Right out of the gate, New Noise Magazine described it as “filled with great grooves, tight production, and melodic pop charm.”

“Fake Love” struts forward on a wild and uncontainable guitar riff before snapping back into another bombastic refrain. On the other end of the spectrum, “Therapy Session” moves like a sunny and upbeat bop but cuts much deeper.

That singular spirit becomes cemented in the EP title, Come Outside. By opening up in these songs, The BRKN present the kind of human connection you’d only forge with your closest friends.