Livin' In A Lie (Single)

Monotronic Continues Their Revolution with "Livin' In A Lie" 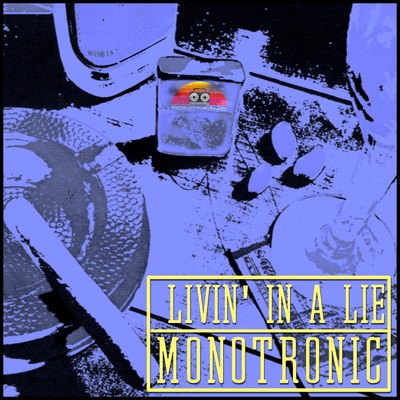 Livin' In A Lie (Single)

Monotronic creates music that defies genre and is nearly impossible to categorize, yet somehow there is a common thread that can be traced back to its brainchild musician and producer Ramsey Elkholy. The latest release “Livin' In A Lie” is a tale of growing self-awareness in the wake of love gone wrong, which illuminates another side of Elkholy’s storytelling and the diversity of his band.

The New York-based collective released their debut album in 2019 followed by a series of singles and videos starting in the summer of 2020 with the glaring riffs and chantable refrain of “Kids of Summer”. The track has garnered some college radio airplay with a video featuring Elkholy skateboard riding dog Snookie (@snookieonwheels). A few months later the band released the pensive and poetic “Buy Yourself a Dream", with an accompanying music video that premiered at the #1 slot on Vevo's "Incoming Indie" playlist, followed by the energy-filled, ayahuasca themed “Just Another Day", with an equally psychedelic music video that also premiered on Vevo's "Incoming Indie" playlist.

Collectively Monotronic's videos and streams are approaching the 1 million mark.

See all the videos here: https://www.youtube.com/channel/UC1rn1JwngbARiyIcTo_YWdQ/featured