Harder Than It Has To Be (Single) 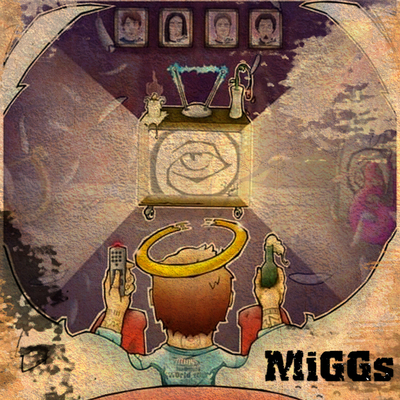 Harder Than It Has To Be (Single)

After 15-years the original members of MiGGs reconvene to make this dark world a little bit brighter and release their first song together since their critically acclaimed Insomnia album. “Harder Than It Has To Be,” captures the band’s trademark blend of rock and pop, filled with killer riffs and fresh, forward-thinking songwriting.

The San Francisco born band has been apart longer than they were together, but they prove they still know how to craft tight, melodic rock n’ roll with youthful charm.

The reunion was really a happy accident. In 2020 when Don was in the studio writing and recording a song for Candlebox with singer Kevin Martin (“In Your Hands” out June 2021.) They needed a drummer for the project, so Don called his MiGGs bandmate Jason Gianni.

Although they weren’t playing together the four have kept busy over the years, Don Miggs (Vocals) released several more albums under his surname before moving on to his new project, Whole Damn Mess. Jason Gianni (Drums) toured the Broadway show “Rock Of Ages” while teaching at the prestigious Drummers Collective in NYC. John Carta (Lead Guitar) penned the theme song to “The Bachelor” and continued to write for film and TV and Mark Baker (Bass Guitar) stayed active with the powerhouse West Coast band Uniform Standard.