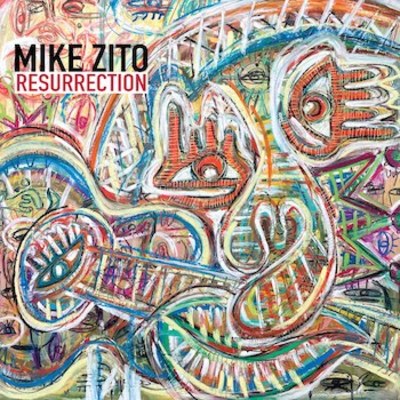 Mike Zito, an American blues-rocker, has released a new single, 'I'll Make Love To You,' from his upcoming new album, 'Resurrection,' which is out on the 16th of July.

Mike Zito's latest single is a perfect example of what he's been hoarding in his musical wardrobe. He's powerful right away, and the guitars that emerge from the overture immediately make us want to reach for the air guitar. It all starts with a lot of zeal, and it doesn't let up as time goes on.

'I'll Make Love To You' is a modern blues-rock song with classic hooks that shine in a fresh light. The arrangement is also fascinating, with the sounds frequently flipping as Mike moves through the album. The guitar solo adds a new level of excitement to the middle section, and it's difficult to put out once it's started.

Mike Zito speaks passionately about his adoration for his other half, cleverly using wordplay. He's straightforward, and it's simple to get caught in his storey, with him singing a song that many would relate to, especially anyone who misses their loved ones when they're away for an extended period.

The mix takes on a new life in the last stages, with a sax lead adding a new dimension to the piece. It's vibrant, and it adds to the already excellent sound.

Mike, you've done an excellent job leaving me itching for more. If this song is any indication, the upcoming album, will delight everyone.