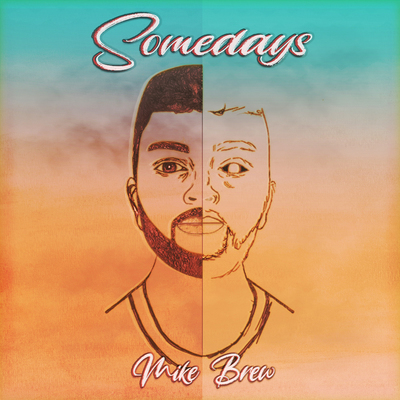 Mike Brew's song 'Somedays' is one of my favourites. He is relatively new to the music world, but he has a sound that many people will mistake for an artist with a lot more experience. His voice tone is mature, and he constructs a vision that I am confident will take him far.

The music on 'Somedays' is tender, and the production has a soothing feel to it. However, no energy is lost, and the original zeal present in the studio continues throughout the work. Also, the Liverpool native's vocals are very damn good, with a flow that deserves to be heard by many people.

'Somedays' is a well-rounded release, in my opinion. It doesn't fit neatly into any one genre, but I like that aspect. Yes, it's difficult for a reviewer like myself to label it, but he's opened himself up to a wide range of audiences as an artist. He may not have realised he was creating a new sound while writing, but he did, and it's a great job.

But where does he head to from here? Many people will be asking themselves this question. First and foremost, he has established his own sound, but will he continue down this path in the future? He appears to be a creative individual, and it will come as no surprise if he continues to experiment with his upcoming release.

Be sure to head over to social media to keep an eye on future tracks.