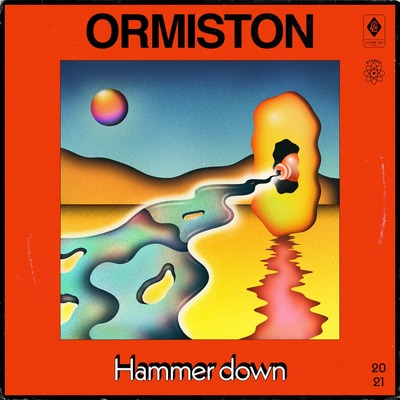 Known for creating infectious electronic bops shrouded in warm, honest lyricism, Ormiston has gained himself quite the fanbase as a solo artist for his relatable brand of indie-pop. Cool, candid and charismatic, Ormiston’s dynamic, electronic soundscapes have earned him praise from the likes of When the Horn Blows, Mystic Sons, The Rodeo and In Tune Music +more.

For his debut project, the Montreal-based producer reveals 6 brand new tracks alongside the previously released singles, 'Rebel' and 'Step from the Light', which introduced the world to Ormiston's psychedelic, funk-fuelled sound. Also featured on the record is the unmissable focus track ‘Time Fades’. This singularly shining gem depicts an urgency for living; a burning desire to escape and explore. Led by a charging electronic beat and Ormiston’s roaring vocals, ‘Time Fades’ stands out as a huge anthem on an already impressive debut album.

The title track, ‘Hammer Down’ strikes the ear with a jolty, 80s rave-style beat as Ormiston’s distinctive, hazy voice smoothly slides over the beat as he commands the self-produced instrumental.

These 8, distinctive tracks make up his compelling, narrative, concept album which follows an unnamed protagonist from childhood until adulthood, as they explore life, love and heartbreak over addictive grooves, synth-heavy beats and infectious, electronic production. ‘Hammer Down’ is a masterful body of work from Ormiston and a debut album that perfectly showcases his strength and skill as both a songwriter and a producer.