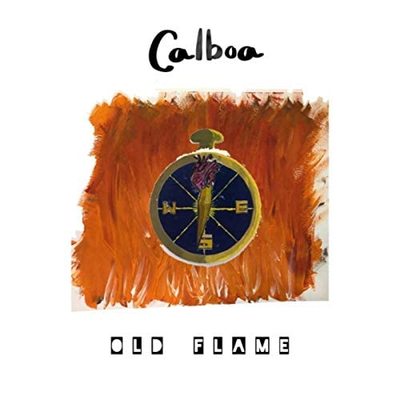 Calboa is the most promising music player to emerge from Hull in recent years. Some of the indie greats influence his music, but he has created a novel sound that embodies pure northern grit.

'Old Flame' is the new single from the up-and-coming Indie musician. I only got it a few weeks ago, but I've been listening to it a lot since then. Let's face it: the artist doesn't mince words and gets right to the point; that makes him so outstanding as an artist. He isn't afraid to say what's on his mind, and he delivers his message loud and clear in this release.

He ruminates over a former, presumably unpleasant relationship. On this one, I'm sure we can all relate to him. He has a deft way with words, demonstrating his abilities as a songwriter, vocalist, and wordsmith. As he progresses, he uses his literary gift, and his words flow effortlessly as he tells his storey.

There is a rebirth of old school independent music, which stands out with purpose musically. It's bright, and it's a bit of a contradiction to Calboa's lyrical intent. It works, though, and the tune has a comparable structure to the best indie tracks on the market. Also, the piece's guitar lead adds a new dimension to Calboas' discography, and it quickly becomes an earworm after the first listen.

It's out on all major streaming platforms, and it is likely to one of many new releases from the rising star.