The Stars Are God's Bullet Holes 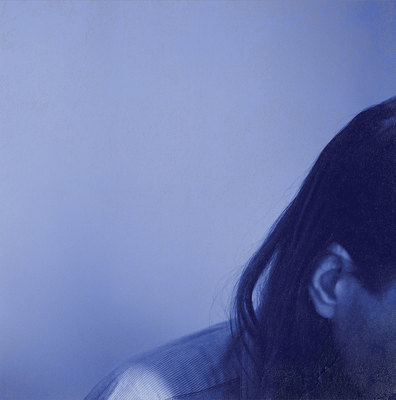 The Stars Are God's Bullet Holes

This isn't John Murry's first rodeo. The American songwriter, who originally hails from Mississippi but now lives in Ireland, has already released two landmark albums, The Graceless Age in 2013 and A Short History of Decay in 2017, each venturing into the world of alt-Americana and indie-rock typified by Murry's introspective lyricism. Now, this experienced musician has shared his third studio album, The Stars Are God's Bullet Holes, via record label Submarine Cat.

Opening with 'Oscar Wilde (Came Here To Make Fun Of You)', Murry sets the tone with his penchant for dark humour and lyrical complexity. One of the strongest themes of the album is that of violence, both real and metaphorical, because for this artist, violence has been a significant part of his life. From here, we head into the harmonious 'Perfume & Decay', a representation of the light vs dark and the sweet vs bitter of Murry's approach to songwriting.

Third in the tracklisting is the album's title-track, a fuzzed out recording that's steeped in garage rock. Rolling in at 4 minutes and 44 seconds of raw, unfiltered energy, this track is peak John Murry. Yet another point of contrast arrives as we switch over to 'Di Kreuster Sonata'. It's also an outpouring of emotion, but there's a tenderness to this restrained guitar song, one that tells the story of Murry's reckoning with being an adopted child and how that has shaped him.

Hitting the halfway point, we have previously released 'I Refuse To Believe (You Could Love Me)'. It's a relatively light-hearted track set against a beach-rock meets punk guitar riff that's a take on what The Cars' Ric Ocasek might have penned if placed in the same shoes as Murry, feeling a bit trapped in Kilkenny, Ireland. We head straight into another popular single from the album, 'Ones + Zeros', which once again orientates the listener in the American musician's life in Ireland, but also the very real and tragic loss of his friend Tim Mooney (of American Music Club). There's a soft solemnity to this single, spiked with cutting lyrics and rounded out with an accompanying velvety female vocal.

Next up is 'Time & a Rifle', a raunchy garage-rock number that meets all of my foot-tapping and head-bobbing needs because I seriously can't resist the rhythm of this track. The unrelenting drum beats echo the forward march of time and the song as a whole is ferocious, chaotic and ends abruptly, much like life itself. Snuck in the album is a riveting and thoroughly Murry-esque cover of Duran Duran's 'Ordinary World', a moment a recognisable reprief before we turn up the heat for '1(1)1'. At just 1 minute and 35 seconds, this instrumental insert is a demonstration of industrial rock in an experimental jazz construction.

Now for the penultimate track, 'Yer Little Black Book'. Alt-Americana guitars and celestial samples play out over a Mellotron preset style rhythm. Like several of Murry's singles, there's a stream-of-consciousness style, but this one has a smokey late-night atmosphere as though you've spilled off the streets into a candle-lit bar in the early hours.

As is the case with all good things, they must come to an end and so we have the closing title 'You Don't Miss Me (So Long), a grungy farewell to the past and for us an absolute highlight of this album. A circular, driving track that repeatedly signals "so long" before fading out. Mysterious as ever, it's a tantalizing ending the the latest chapter of John Murry's musical and personal life.