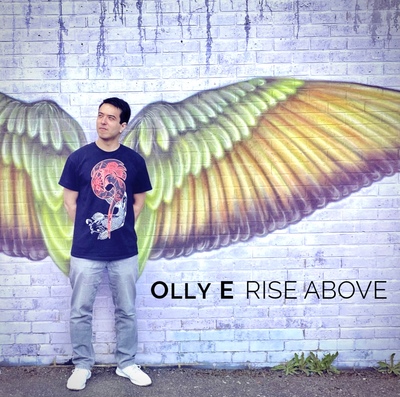 With his dynamic new performance, 'Rise Above,' British alt-rock newcomer Olly E gives the scene what it has been seeking for a long time.

As he proceeds through his production, 'Rise Above' takes on many different trajectories, with several routes unfolding. Furthermore, it's an innovative song that draws inspiration from various sources while remaining faithful to the songwriter's and singer's inner vision.

All of this is set in motion by a guitar lead that chimes its way forward in the introduction. A modest string arrangement is also there, and a booming beat frequently taps away as the song progresses to the verse. Olly E gets things started quickly, with a speaking-like vocal in the first segment. He sets the tone for the entire record by talking about setting goals and achieving them, and removing any obstacles that may stand in the way of accomplishing greatness.

With all the power firing with omnipotence, the refrain is stimulating. Furthermore, the musical base comes to life, and Olly adjusts his vocal technique to a more traditional singing style. He uses a barrage of appealing hooks, and it easy to match his intensity in the chorus section with the instrumental.

The structure regularly brings a new dimension to the forefront as the track develops, and a dancing beat emerges in the bridge, leaving the foot-tapping in a frenzy. Similarly, the climax is massive, with a synth providing the music with the concluding vigour it demands, as well as a fantastic guitar lead that enthrals.