Love One Another (Single)

Tito Jackson Returns With 'Love One Another' 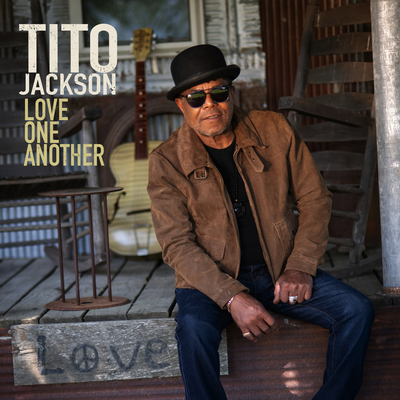 Love One Another (Single)

Tito Jackson is a legend, and his new single, "Love One Another," proves that. Furthermore, with a feel-good bluesy crunch that couldn't have come at a better moment, the Jackson 5 singer is as contagious as ever.

'Love One Another' begins with Tito's infallible overture, then Stevie Wonder joins the track, offering a standout harmonica delivery. It's instantly enticing, and the hips sway to the beat's tempo. The song also features some of the biggest names in music, like Marlon Jackson, Bobby Rush, and Kenny Neal, who all contribute to the track's star power.

Tito is in top form vocally, and his mesmerising vocal tones propel the track along. Furthermore, he has a fascinating rock and roll crunch, and when compared to his prior hits, he takes a unique musical path. As a result, Tito appears to be entering a new age, as he dominates the blues-rock world. He is greeted with wide arms and demonstrates why the music community still regard him as one of the world's most talented musicians.

Tito's poetic direction is also noteworthy, and 'Love One Another' is a heartfelt gem. He discusses how to be empathetic to others and break down obstacles that many people face in their daily lives. He also wonders why we can't all get along and love one another. His story is prevalent, and it expresses a thousand words in a world where hatred still exists.

I am sure there will be plenty more gems like this one on the way very soon; well, let's hope so anyway because this one is a treat. Either way, 2021 is looking to be a very bright year for Tito.