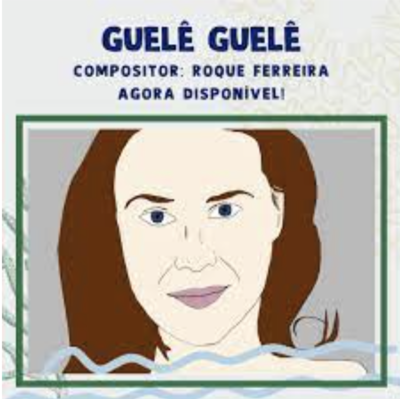 This video tells the story of the songs by Roque Ferreira for album "Clarão" making their way from Brazil to New York. From a typewriter in the North East of Brazil to a studio in Brooklyn - this song made a physical and musical journey into my heart!

Roque Ferreira is a major composer from the North East of Brazil in the style of Bahian Samba. His style is very evocative and creates vivid imagery, which inspired this animation by double bassist and artist Eduardo Belo.

In New York, Kristen is also animated and standing by the ocean awaiting the bottle. The video pans over to show real images and videos of New York before returning to the animation. New York is shown in a very different light compared to Brazil. Brazil was lively and full of groups of people living freely and having fun. In contrast, New York mostly shows construction sights and very tall buildings. The bottle finally reaches Brooklyn and Kristen takes it and records this beautiful song.