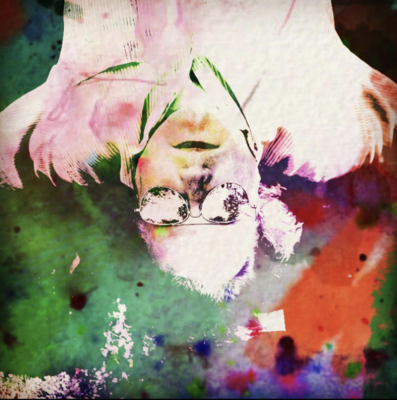 Eric Selby releases his latest single “Arise” from his new album “Where You Born At?" This single brings in a touch of psychedelic effects within the alternative rock genre. By doing so, Eric introduces two different production styles that release a deeper level of emotion within the artist. Eric’s passionate guitar riffs along with the fast paced instrumentation creates this sense of urgency within the listener. The lyrics suggest that time will go on, but it should not stop people from going after their goals and rising from the ashes of their failures. Eric Selby has dedicated many years to music production and musician, but has recently decided to own the spotlight and become an independent artist. Father of four, Eric dedicates any spare time he has to his music and attempts to connect with his fans on all of his social media platforms. He remains active in the live music scene and works hard to release singles for his fanbase anticipating his upcoming album. Eric has gained lots of recognition for his previous work, including being placed on the Top 50 charts for Roots Music Report and becoming a finalist by the WAMMIE AWARDS. It will be foreseen that this next album may also gain lots of attention and acknowledgement.

Leaning into the basic structure and flow of alternative rock, Eric pulls from some major artists’ musicality in this single. His voice flows very much like Kurt Cobain from Nirvana. The tinge of psychedelic adds to the hard rock feel of Nirvana, although not as fast-paced or hard rock. Eric implements similar vocal effects to that of Kurt Cobain, which allows his fans to feel a sense of nostalgia when listening to his music. Eric also uses sound effects such as the clock ticking to add dimension to his music, similar to what the Beatles did during their experimental phase. In terms of production, Eric seems to fit right into the alt genre as his production sounds like Cage the Elephant, whose music is very big in the alt rock scene. Eric’s dedication to his music career is evident on his social media posts and through the lyrics of his music. He has refused to give up and balances his musical life with his personal life in a way that allows him to feel like he succeeded in both. This album is surely worth the wait considering how heartfelt and upbeat this single was.