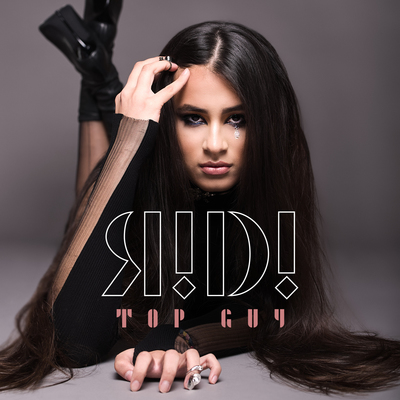 I was blown away by Ridi's vocals on her debut track, 'Top Guy'.

It's hard to believe that this incredibly talented popstrel is only 17. The self-penned track flows through introspective and restrained instrumentals to thundering drums and wailing guitars from its chilling opening piano keys. All guided by Ridi's emotionally wrought English and French vocals that start soft and climax into a pop-rock belt delivery.

It's clear to see from the track that the European singer of Indian descent displays wisdom beyond her years both in her music and life.

The pop song's lyrics are born from a difficult time in Ridi's life. During her time studying at a famous Swiss boarding school, Ridi experienced every teenager's worst nightmare. She became the subject of a bullying campaign carried out by some of her peers. This led to her feeling rejected and a period of self-doubt.

But Ridi wasn't a person to take it lying down. She recognised that no one on earth has the same fingerprints or personality and wanted to change.

She wanted to help the millions of others in the same situation embrace their awkwardness and let them know they can feel comfortable in their own skin.

And through Top Guy, Ridi is able to convey her message using a unique perspective through the medium of music.

The track is accompanied by a mesmerising video that showcases Ridi's artistic vision—directed by Sylvain Bressollette (Indila: Dernière Danse), who worked alongside the songstress to bring her creative vision to light.